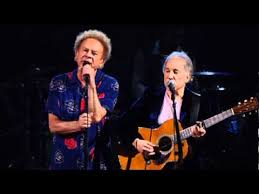 Sometimes we find interpretations in the masterpieces of others which they did not intend, or that they did not understand they intended at the time they created their work.  At other times we just don’t understand that we’re saying the same things.

I first heard Simon and Garfunkel’s “Sounds of Silence as a senior in high school in 1964 and was deeply impacted.  I knew there was something profound and multilayered that called to me, and it was the first song I learned to play on the guitar some years later.  This version is the most beautiful I’ve heard, the event itself filled with meaning and a bit of hope, a reunion  between friends estranged.  Musically it recalls the difference between the original Eagle’s version of “Hotel California” and its more recent, more Latinized incarnation.  But the song was always more than music, it was poetry and philosophy and prophecy.

Its message, in today’s utterly polarized world is as prescient and meaningful as ever.  Perhaps more so as we find ourselves driven further and further apart by those who should most be striving to bridge our differences; hypocrisy become the secret password.

Something to think about while you listen.