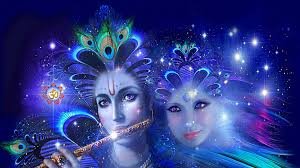 When we were gods, she was my lover.

Spouses were not applicable when each of us was sovereign yet our relationship was special, unique, because that was what each of us willed it to be.

When we were gods.

Then, after intervals without name but which somehow involved time we were gradually sundered, we all were, from each other and concurrently from those who’d recognized us as gods and then, there came a day when we were gods no more.

The transition times came and went but we didn’t know we’d been in transition. Indeed, by the time we realized it, the transition was over. As were we.

At first, a very, very long first, we were utterly lost, perpetual night without moon or stars, without color or scents or tastes or sounds, without touch, as if we were asleep, dreaming of the vast emptiness before anything and everything, a dream from which irrespective of how much we tried, we could not wake.

Then we woke and everything had changed and we were sundered, none knew where any of the others had gone and that of course meant that she was gone, and I realized that she’d been all that really mattered.

When we’d been gods.

The colors were back, though limited, many no longer were and those that were, were not as bright.

Scents were back but now too often muddled and rank.

Tastes returned, somewhat, but dulled; ambrosia and nectar not among them, nor the sweet taste of her mouth or her body.

Sounds were everywhere but discordant, the music of the spheres nowhere to be heard.

Touch, … how to describe how it had changed except that pain was all too prominent and she was gone.

Strange that we only knew we’d been gods long after we no longer were.

What then were we now, other than sundered and seeking a way back, to when we’d been gods?
_______