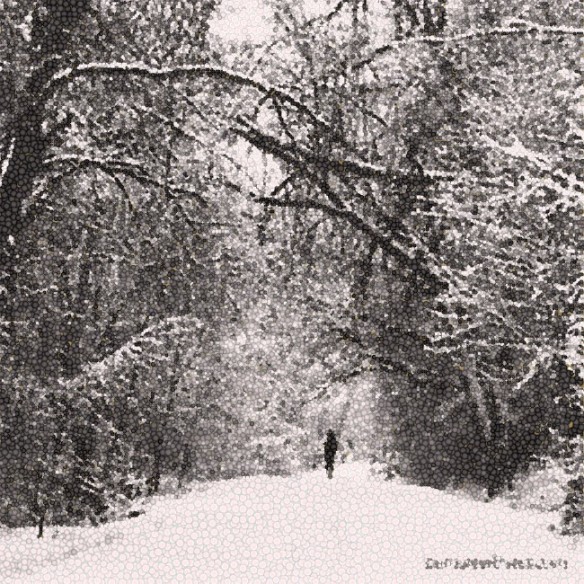 To her love lived in the gap between what she received and what she gave. She had to give something or there’d be no game, the shadow essential for light, the pain essential for pleasure, but love sprang into being only when the gap became a chasm, an abyss, a bottomless pit. The art was in giving as little as possible and receiving everything, stretching the other so thin that he’d be about to snap but maintaining that perfect tension as long as possible, like a perfect orgasm, every once in a while creating the illusion that he’d managed to extricate himself, that her cruelty and disdain had set him free, only to easily pull him back into her sticky web, when she put her mind to it. But that counted as a “give”, so the effort had to be minimal.

He couldn’t be a masochist, that’d be no fun. She had to assure that he derived as little pleasure as possible from the relationship which never really started so that it could never end. Generosity could never be permitted to generate satisfaction, it had to be criticized as much as possible without destroying it, it had to be seen as something filthy and selfish on his part, its acceptance merely her due, like dew on a leaf on a spring dawn, gently caressing the sticky strings on a sweet spider’s web. Perhaps Charlotte’s. Hope was the most useful thread she spun for the cloth she wove, but only just enough, and promises ought never to be made, just tantalizingly hinted at, deniability woven of shadows and echoes essential.

Sadism, true sadism was an art form and she an artist and love a beautifully crafted delusion.
_______