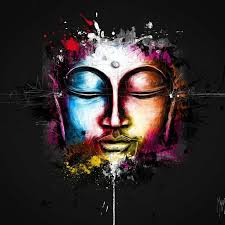 Gitti glanced at me for the barest part of an instant, his disdain clear, and he asked if I understood the why of his rejection, and I replied, “of course”.

“As a young boy transitioning into a man I committed a grievous error, doing something without understanding why, knowing it was concurrently very wrong and very foolish but that within that act I was opening a path to something very wise and very wonderful. That I was, unbeknown and unknowable to me, entering, passing through and exiting a rite of passage, but also that I was deeply offending you, someone who mattered to me, but who for some reason, I had to leave behind, at least for a time.”

He said nothing, almost as though he’d not heard what I’d admitted. I paused, searching for a reaction and finding none, continued.

“I hid my ignorance and irreverence in laughter which offended you even more than my sacrilege but you, trapped in the situation as much as I, merely walked away, never mentioning my desecration of that which we both revered; you formally, as a part of you, and I as a seeker having barely stumbled on what might have been a sublime truth.”

He looked at me with disdain. He had become great in his eyes and in the eyes of many but I only saw he who might have been my friend and who, in a single instant very long ago, had become something else, someone else, just as I, in that same instant had also become something else, someone else. Since that instant I had missed us both but he, not understanding, how could he, I did not understand then either, had gone forward on the path destiny had chosen.

As I’d then had no destiny, I’d merely wandered lost but slowly evolving in unseen ways, learning and unlearning and learning anew but differently. I too had become great in the eyes of some, small in the eyes of others, but irrelevant to most, as it had to be. I lived mainly within myself while functioning in the quotidian as men and women do, affecting others more than I knew while making little difference to most.

He had left and I had stayed, or perhaps I had left and he had stayed, the way a single spot on each of two trains passing in different directions interacts for an instant and then the other seems to move away, and two souls experiencing the same instant, one on each train, depart with a different conception of the same event.

I had watched him depart in his seeming indifference and then wondered whether it was I who had departed. Then, somewhat confused, I forgot which one of us I was and which one he was, and whether or not it mattered. Surely someday, soon or late, the essence that comprised us would dissipate back to the source and nothing that had passed would matter.

Guillermo Calvo Mahé is a writer, political commentator and academic currently residing in the Republic of Colombia. Until recently he chaired the Political Science, Government and International Relations programs at the Universidad Autónoma de Manizales. He has academic degrees in political science, law, international legal studies and translation studies and can be contacted at wacalvo3@autonoma.edu.co. Much of his writing is available through his blog at http://www.guillermocalvo.com.