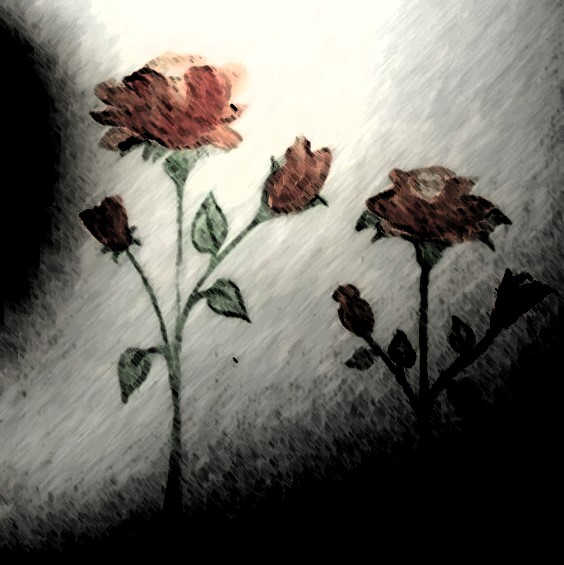 She’d called.  Unexpectedly, about as unexpectedly as unexpected could expect to be.  It’d been years.  Things had ended badly, very, very badly but without a direct confrontation between them; it had involved a composite, perhaps a tapestry of interventions and interpolations by others, perhaps well meaning, perhaps not.  It was impossible to know, it had been then, it was now.

Perceptions are very, very strange, accuracy illusive, self-delusion as invasive as deception; as misinterpretation, as manipulation; truth, like beauty, too often in the mind of the perceptor.  Truth.  Relative?  Is it even relevant after so much time?  Is it picking at scabs hoping to heal?

She’d called.  He’d surprised himself.  The feelings were still there, perhaps he’d always known that, but packed away, in old trunks, the he who’d been imprisoned in the darkest of dungeons buried deep in his psyche, or was it his soul, solitary and unrepentant.  Now more echoes of memories of memories hiding in shadows.

The destiny that might have been hadn’t been and now never could be; perhaps it never could have been.  Perhaps for the best.  He’d always known she might have destroyed him.  Objectively, he should have been destroyed but somehow he hadn’t been.  No thanks to her but probably no thanks to himself either.  He’d survived, that’s all.  Or, no, … not all, he’d done well, not ecstatically well, ecstasy no longer seemed an option, until she’d called, and then briefly and very unexpectedly.  But more than well enough.  Of course, he was no longer the person he’d once been, the dreamer, the romantic, the optimist, perhaps that was for the best.  He’d liked him a great deal, the romantic poet in love with love and with life and with nature and with, … her.

Perceptions.  When she called they shared perceptions that ought to have been shared long ago but weren’t.  Perceptions or inventions, perhaps rather than fooling the other they were fooling themselves, or perhaps, things had really evolved the way they now explained.  He knew that he was being honest, at least with respect to exactly what had happened and why, at least as to what he’d believed and whom he’d believed.  He wondered if she felt the same way; he wondered about doubts and about which of them might have them.  And of course, he wondered again about truth, about what it was, what it was as an abstract concept and what it was as a series of tangible facts that had somehow affected them both.

She’d called and it seemed that at the very least they might be friends, nothing more.  Still, there are friends and there are friends and some might be much more special than lovers, star crossed or not.  Soulmates aren’t always meant to share intimacy.  He wondered what she’d hoped for when she’d called.  The range of possibilities was so vast, the choices so dependent on who she really was.  On who he really was, who he’d been and who he’d become.  He wondered if the same was true of her.

Her voice seemed the same, the same mesmerizing effect no matter what she said or how.  He wondered if her eyes had changed, the dark pools in which he’d so easily lost himself, he wondered what they’d do to him now.  He realized that he had two very different visions of who she was, either a brave fawn, valiantly venturing out despite a disguised timidity and hidden fear, always ready to bolt but standing firm; or a machiavellian former victim, calculating, determined to win regardless of the cost to others, determined never to be hurt herself, … again.  Then he wondered if she were both.  Then he wondered who and what he was.  He wondered whether we as a people have the ability to self-perceive, or whether, as is the case with the sound of our voices, what we perceive about ourselves is totally different from the reality others see.

She’d called.  Did anything else really matter?  Her call had certainly changed the inner balance he’d constructed, he wondered if the same were true with her.  And what did that mean anyway, to either of them, to both of them, … to those around them.

Destiny’s children?  Or perhaps destiny’s step-children.  Or destiny’s rebellious runaways?  Where was destiny anyway?  Did it exist?  Do we make our own or is it imposed on us by fate?

An interesting image comes to mind of two souls imprisoned in deep dark dungeons, but in adjacent cells.  They’d not known the other was there although each was much too frequently in the other’s mind, playing in a minefield of emotions.