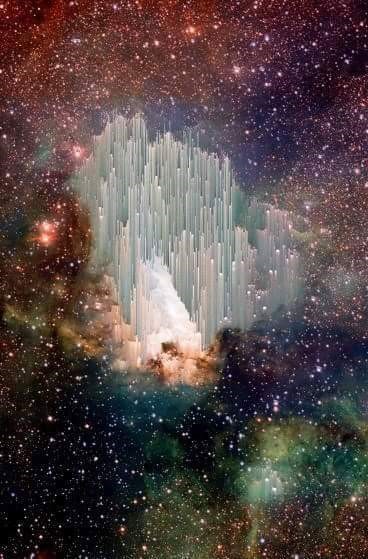 So, Good Friday. As a father with three sons whom I love unconditionally I’m trying to understand the context, scenario and values involved. I sincerely apologize to my many friends who are faithful Christians and Muslims (yes, Muslims share the belief in this, to me, strange series of events), indeed to all true believers who somehow derive transcendent spiritual comfort from the passion play celebrated each year at this season. But I just can’t grasp it. Then again, I apparently have trouble understanding many of the ramifications of the existential concept we call love.

A father, purportedly the first father, condemns his only two, recently created, children and all of their descendants to eternal travails because on one occasion they picked and ate a fruit he reserved for himself. Then, somewhat later, in a temper tantrum he drowns all of their descendants except for a single, faithful man and his immediate family. On still another occasion, much later but again involving another faithful man, he insists that the man assassinate his favorite son (one that came very late in life) to prove how faithful he is, but relents at the last moment (only kidding, just wanted to see if you’d do it). Finally, the primal father purportedly sends his own “only son” slumming (apparently forgetting his first two accursed children). On that occasion, to redeem the theft of the apple, not having been satisfied with having already caused pain and misery and mayhem and death on untold millions as a penalty, he insists that the most faithful among the remaining descendants torture and murder that third son as additional atonement for the “theft” of the apple.

Hmmm, torture and murder of his own favorite son as a sacrifice to himself in payment for the theft of an apple by long dead ancestors. Not full payment of course, mortality and pain and perdition continue, but after this earthly life is over, perhaps, for some, under appropriate circumstances, remission.

Apparently everything that was to happen, from the alpha to the omega, had always been known to the father who, being omniscience, omnipotence, omnipresence, omnibenevolence and eternal as well as infinite has the power to avoid it but he purportedly chose not to so in order that his creations can exercise “free will”, although exercise of “free will” not in accordance with the father’s wishes leads to further eternal damnation and torture. Omniscience, omnipotence, omnipresence, omnibenevolence and eternity don’t seem to work all that well as far as I can tell. The holocaust that we abhor today would seem to pale in comparison to that particular father’s proclivities for omnibenevolent human sacrifice, but two major branches of that father’s cults engage in annual rituals thanking the father and the sacrificed son for that particular performance, seeing nothing horribly savage and incoherent in such demands.

Perhaps that explains why we are so screwed up today, at least among the civilizations in which Abrahamic faiths predominate, why we so cavalierly slaughter innocents in the name of liberty and democracy, and starve so many millions in the name of free enterprise and capitalism.

Perhaps we truly are worthy descendants of that primordial father.

He must be very proud.

Again, my sincere apologies to the many who will undoubtedly be offended by my questions and observations, I have long tried to understand these “mysteries” looking for answers that a truly benevolent deity might provide, but to date, my efforts have been unsuccessful. Perhaps that will change someday or perhaps, I just have too much faith in how benevolence ought to function, whether in Heaven or in Hell, or everywhere in between.
_______