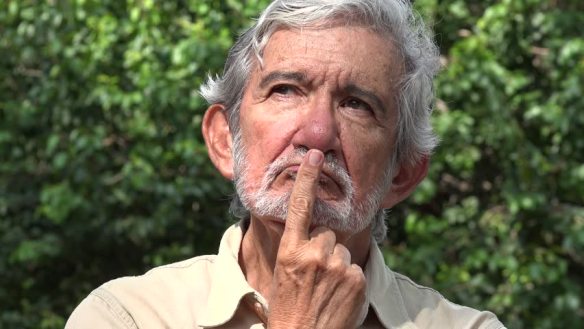 Argentina was not the only country to hold an important election this past Sunday (October 27), Colombia also held elections, although not national, rather, regional and local, but the results were similar.  At least somewhat.

The results were a devastating setback for former president and current Senator Alvaro Uribe Velez and for his mannequin, current president, Ivan Duque Marquez.  The current national administration was always a fraud set on destroying the peace accords miraculously accomplished by its predecessor, the administration of Nobel Laureate Juan Manuel Santos Calderón.  While it promised lower taxes, higher wages, better pensions and economic growth, it has, since its inception, boldly engaged in fleecing the population in favor of the country’s tiny economic elite.  Pension rights, minimum wages, taxes, etc., all modified, but not as promised, rather, all under attack to benefit the wealthiest at the expense of everyone else.  The Uribe regime recaptured its lost power last year through use of massive fake news, slander, and a rebellion by much of the country’s Catholic clergy, especially at the highest levels, a rebellion against the pacifist and economically liberal policies of their own leader, Pope Francis, a rebellion also echoed by much of the country’s growing fundamentalist protestant pastors.  But seemingly, as Abraham Lincoln once optimistically observed, “You can fool all the people some of the time and some of the people all the time, but you cannot fool all the people all the time.”

This past Sunday, throughout Colombia, the Centro Democrático, Uribe’s caudillo oriented political party, a movement specifically created, tailored and operated as a means of instilling a cult of personality centered on the former president, found itself in low single digits, a stinging rebuke.  Uribistas had hoped that a favorable showing would help crystalize their perpetuation in power in all branches of government, something commonly referred to as a personalized dictatorship, during the upcoming national elections in 2022.  At least for now though, that aspiration seems to have been set back.

Not that viable alternatives have attained any kind of power in Colombia.  The electoral results reflected an incoherent series of “political alliances of convenience”, temporary pacts frequently involving ideologically incompatible political parties and social groups, collectives without any national strategy.  Branches of local parties engaged in alliances utterly different than those of branches in other areas.  Indeed, in several places, Manizales (where I currently live) among them, political parties claiming to be progressive fighters against corruption” were allied with traditional political parties famous for their corruption, marriages of convenience justified as a means of securing the large sums of money that made victory possible; the lesser evil syndrome with which we in the United States are so familiar, the syndrome that, like a cancer, usually leads to perdition.  Consequently, the long term sociopolitical consequences of the election are at best, unclear.

It may be that while the dictatorial aspirations of Alvaro Uribe Velez were thwarted, so were the aspirations of social progressives seeking real change rather than a mere return to rule by other groups of neoliberal elites.  But at least the elections generated a sense of hope and an impediment to the steamrolling-in-reverse towards past inequities that the national administration had hoped to attain.

In terms of social and economic progress, progress measured in terms of equity, Colombia has rarely been in the continental vanguard.  It has never been able to avail itself of all the promises that its geopolitical location and incredibly plentiful and diverse natural bounties ought to provide. Colombia has been locked in violent civic and political conflicts during almost the entirety of its history, manipulated all too frequently from abroad for the benefit of foreign economic interests and their local mandarins.  A paradise covered in imported thorns.  But one senses among the young at all socioeconomic strata a despair mixed with hope that things can change, that they have to change, that they will change.

Hopefully, as in Bolivia and Uruguay, and for a while in Ecuador, perhaps this time that change will really be for the better.
_______