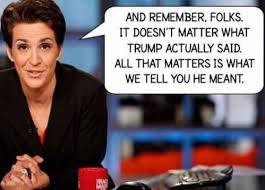 As has happened every day since the second week of last November I feel compelled to defend a person I neither like nor respect and most of whose views I oppose because his opponents, who started out about as bad as he is, have become much worse, spreading a virus of hate and divisiveness purportedly in a quest to fight hate and divisiveness. The latest chapter deals with demanding that the President ignore the violent conduct of one group involved in violent demonstrations (Antifa, see http://edition.cnn.com/2017/08/14/us/what-is-antifa-trnd/index.html) to concentrate exclusively on the highly objectionable sociopolitical perspectives of the other group involved, both incongruously battling in a standoff over the statute of a man who would himself have chastised them, the kind of man we too seldom find at any time.
How ironic in every sense.

The President was right on point in his original message and is right in criticizing all violence and intolerance, whether from the purported extreme right (although I personally reject the notion that racism, xenophobia and bigotry are attributes of the right) or the purported left (I do not believe Clinton — Obama Democrats or the United States mainstream media represent the left, of which I am proudly a part). Racism, xenophobia and bigotry are anomalous extremist attributes outside of the individualist — collective left — right spectra. What we saw in Charlottesville, Virginia this past weekend were abominations reacting to insecurities, rejection and ridicule on the one side and manipulation of innocence by those with an unquenchable quest for wealth and power on the other. We would be better off without them both. Polarization is not what we need, it is a problem we need to resolve and it will not be resolved by goading us into acting based on our worst natures.

Instigators know how to motivate us, usually to our detriment and their profit, and they are seeking to manipulate us now more than ever with more sophisticated technologies and behaviorist strategies and tactics, sure that in the end they’ll succeed and that by that time a Rubicon will have been crossed and we’ll have nowhere to turn to but them. Their Queen will finally wear her crown, it’s her turn after all. That’s what the violence in Charlottesville, Virginia was all about although the participants probably did not realize it. The necessary victim was found and sacrificed. Let the post-sacrificial rituals begin. There are crocodile tears enough for all of us to bathe in after we consume the newly sanctified body and blood.
Still, while it may seem too much to hope that enough of us will see through the blatant hypocrisy of those whose goal it is to set us at each other’s throats, especially given how constant and loud and omnipresent their message of hate in the name of fighting hate is, common people are frequently not given the credit they deserve for their inherent wisdom and common sense, at least in the long term. And common people hate hypocrisy more than almost anything else, notwithstanding the fact that it’s a fault that infects us all.

It seems, at least to me, that if we are to survive as a decent People we need to discard the burrs that infect us, i.e., both major political parties, the mainstream media, the Hollywood hate machine, and their hidden neoliberal puppeteers. I am not religious and not a Christian, I don’t know whether Jesus of Nazareth existed, or whether the Buddha, Siddhartha Gautama of the Sakyas existed, or Zoroaster of the Persians, but their teachings do seem to exist, at least as memeplexes, and it may be time for us to take them seriously, not the messages espoused by the formalistic religious structures that seek to calcify them but through the clear crystallized inner resonance that seems to surround them, whether you are a believer or not.

Hopefully this is not one of those times that Lincoln characterized as permitting all of the People to be fooled but rather a time when, notwithstanding all of the hysterical hyperbole artfully designed to manipulate us, our own common sense wins out. All violence and all intolerance and all hypocrisy is bad. Let’s reject them all.

In this case the President is right and as is becoming more and more usual, the mainstream media is wrong. Those of us who’ve had children have lived through a much more innocent but analogous experience, when our kids get into a fight, goaded into it by a third party. Most of us would not ignore any of those involved or responsible, at least not if what we sought was resolution rather than favoritism. It’s not for nothing that humanity has crafted the incongruous image of justice wearing a blindfold.
Hang in there and cover your ears if you need to. It may be that this too will pass without doing us irreparable harm.
_______

Guillermo Calvo Mahé (a sometime poet) is a writer, political commentator and academic currently residing in the Republic of Colombia although he has primarily lived in the United States of America (of which he is a citizen). Until recently he chaired the political science, government and international relations programs at the Universidad Autónoma de Manizales. He has academic degrees in political science (the Citadel), law (St. John’s University), international legal studies (New York University) and translation studies (the University of Florida’s Center for Latin American Studies). He can be contacted at wacalvo3@autonoma.edu.co or guillermo.calvo.mahe@gmail.com and much of his writing is available through his blog at http://www.guillermocalvo.com.