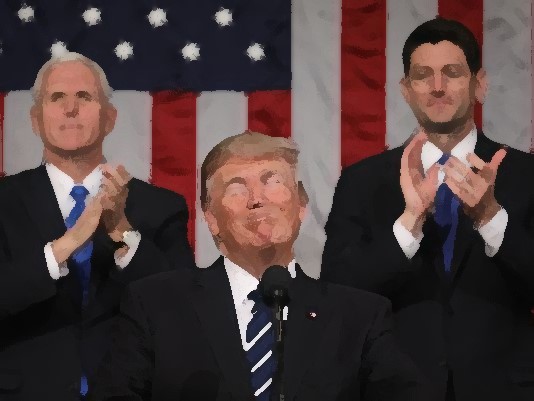 What was billed as a speech designed to reignite bipartisanship seemed instead a speech designed to go over the heads of the Democratic Congressional minority and reach sympathetic ears among the United States electorate, especially among conservative and independent voters. It also seemed designed to box in Democrats who refused to go along, the kind of speech those who know the President well were probably not surprised to hear: a well-earned victory lap on economic issues, at least thus far; interesting ideas on pharmaceutical costs mixed in with a counterproductive taunt on repeal of the Obamacare individual mandate; infrastructure investment proposals which may prove hard to oppose; and, on immigration reform, a lucid proposal poorly presented. Nothing at all was mentioned with reference to the environment or to the dueling Russiagate v Deep State 2016 electoral conspiracy hypotheses. On international issues, the speech was comprised of bombastic classic neoconservatism impossible to distinguish from Obama or Bush policies, other than with reference to claims of much greater success and efficiency and one bipartisan element, a victory lap for the Israeli rape of Palestine and a promise as to how any protests from third countries would result in substantial financial rebukes.

The Democratic audience, for the most part surly if well mannered, sat on their hands frowning, probably giving the President the photo ops for the 2018 Congressional elections he probably hoped for, especially from would be House Speaker Nancy Pelosi, next to Hillary the most disliked woman political leader in the entire country.

The Democratic response was more lyrical and presented by a better looking and much younger, albeit perspiring speaker, not properly made up for the camera; how ironically Nixonian.  It was full of trite allusions to well-worn Identity Politics themes but ignored the salient points of the President’s address and with respect to substantive economic and egalitarian issues, was delivered by one of the worst possible choices, the cute trust fund scion of a billionaire family who has never worked outside of his hereditary political offices, especially ironic when referencing the disparity between worker and chief executive wages while representing the party of Jeff Bezos who exemplifies both that disparity and worker abuse as well as the owner of the CIA funded Washington Post.  His allusion to the unfairness of the current system ignored the fact that the Trump administration is only responsible for the last year, his own party having controlled the government during the preceding eight years.  If representation of guiding principles were the goal, then, assuming hypocrisy was the target, Young Joe hit it out of the park. 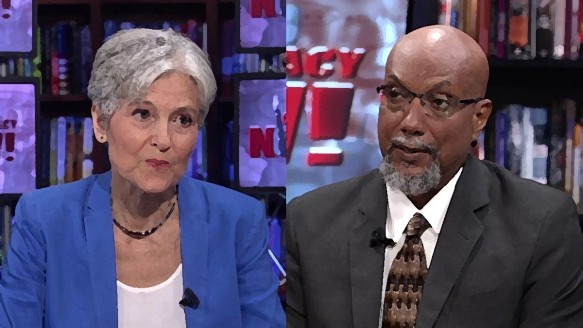 There were probably millions of Democrats who might have given the Democratic response to the State of the Union, in fact four others did just that, and many, many of them could have made important points but the Democrats once again chose celebrity and glitz over credibility.  Some might even have touched on issues important to real progressives in a meaningful way, but not this time.  Jill Stein and Ajamu Baraka also gave a response (albeit only on Internet streaming) on behalf of a single third party.  It was substantively quite a bit more detailed than the Democratic response, making Young Joe look like what he is, probably a decent performer without any substance, however, Dr. Stein’s part (most of the response) was very poorly delivered.  Its criticism, although focused on Mr. Trump was equally applicable to Democratic Party historical policies.  At the end, Dr. Stein touched on the Democratic Party Russiagate inspired inquisition which had inexplicably drawn both her and Dr. Baraka in as purported Russian agents.  Dr. Stein focused primarily on domestic issues and Dr. Baraka mainly on international and military matters.  Had the delivery been adequate (e.g., had Dr. Baraka delivered it), the Green response might have proved meaningful as well as insightful.  If you’re interested, the Green Party response is available at https://web.facebook.com/drjillstein/videos/1981821048524742/?_rdc=1&_rdr).

Not all that hopeful for our future unless our electorate wakes up and realizes that neither major political party is worth a damn.  2018 promises to be “an interesting year” in the Chinese curse sense of the phrase.
_______