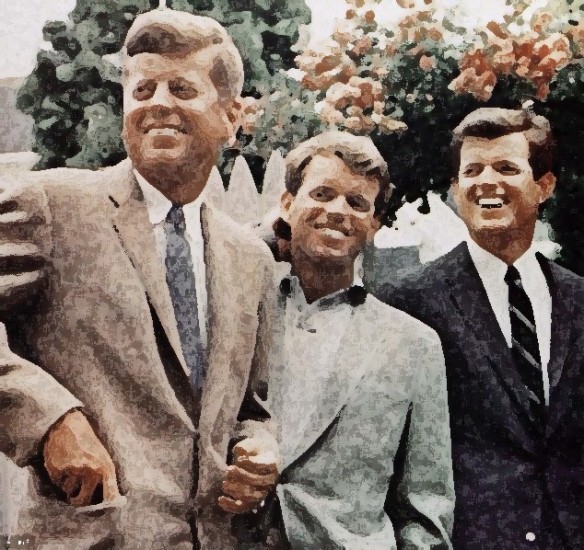 Paul Street just published an interesting article in Truthdig entitled “Joe Kennedy III, Just Another False Progressive Idol Like JFK”.  It reflects quite a few of my perceptions as I listened to the official Democratic Party response to the second Trump State of the Union Address: distilled hypocrisy in a pretty package, albeit with an ironic Nixonian visual twist; the third Joe Kennedy of a certain American dynastic line passionately seeking to evoke the poor and downtrodden, in the name of, well, errrr, … something or other.  Perhaps we ought to recall the first.

Talk is cheap and thus very affordable to our most successful hypocrites, hypocrites who firmly rule the MSM and Democratic Party, something for real progressives to consider.  The GOP is wrong on most issues but honestly so, its premises are totally non-progressive, prioritizing individual over collective interests.  Democrats are the ones that prevent collectivist progressive priorities from being implemented by blocking the election of real progressive candidates and adoption of real progressive policies through faux verisimilitudes designed to obfuscate, delay and dilute.  Both major political parties rule through the use of fear demanding that we always vote against someone or something instead of in favor of what we believe, always hysterically touting hyperbole claiming the world will end if we don’t fall for their gambit just one more time.  And too many of us regularly do that, “just one more time”, every time.

Consider the latest Democratic Party offering of a leader who purportedly understands the plight of the poor (you know, those folks kept away from his mansion through use of unbreachable “walls”), expressing his shallowly felt concern in ringing terms artfully drafted by others, but who votes in his “inherited” political posts rather differently.  Handsome and jet set credentialed, part of the Hollywood glitterati, just what the poor and downtrodden need to forget their plight by basking in Joey’s reflected, glistening glory.

So, shall we fall for it again, … just one more time?  November is fast approaching, time for new Congressional elections, don’t forget to send just one more dollar to Nancy Pelosi, over and over and over and over again.  And the Russians, don’t forget the Russians who are coming to steal our elections again.  Time for panic but not for despair, the good old DNC is here to save you.  Don’t bother your pretty little heads, just think of Joey and vote for who we, errr, suggest, albeit somewhat strongly.

Easier than thinking for ourselves and all the best media agree.

Instant gratification is all too often an illusion.  Change will take time.  But if we never start, we’ll never attain it.