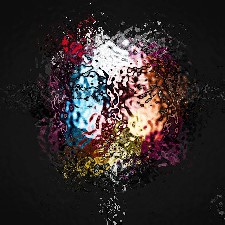 “Nattering nabobs of negativity”, catchy. He could turn a phrase.

No, not Spiro Agnew to whom it is credited but William Safire who put it in his mouth. Safire, along with Gore Vidal (how ironic given their diametrically opposed political perspectives), the authors of novels objectively portraying the United States Civil War, and thus highlighting the congenital hypocrisy with which it’s been imbued.

Today, mourning for so many in Broward County Florida, but also in Iraq and Libya and Syria and Afghanistan and the Sudan and the Eastern Ukraine and in Colombia and in Venezuela and in Guatemala and in Honduras and so many other places, I try to reflect on causes and how unlikely it is that fairly obvious solutions will ever be implemented.

The war of denials and irresponsibility. On the one hand (the hand most often vilified by those nabobs), we have the National Rifle Association, the Second Amendment to the Constitution and the Grand Old Party. On the other, the amazingly hypocritical but very, very wealthy Hollywood community, ditto for the mainstream media and the Democratic Party.

Hollywood, buoyed by the mainstream media and the Democratic Party produces an endless stream of propaganda and filth under the guise of entertainment and art, filth that twists the minds of our young and our mature alike, making violence a fun thing, a justifiable reaction, producing visual how too manuals. The Second Amendment-distortionist-right then denies that the massive proliferation of firearms has anything to do with violence. The arguments of each side are eerily alike. “It’s art for heaven’s sake” one side proclaims, and “it’s people not guns shouts the other”; “the Second Amendment, the Second Amendment”.

So, … Is pornography art? It’s a valid question. What about child pornography? Why is sex with underage children wrong when Yahweh himself caused the impregnation of a pubescent Mary (probably Miriam) to bring forth the purported savior whom he arranged to have tortured and crucified? Are all social standards illusory, all values relative, is nothing real, are there no borders in philosophy or art?

Is all pornography sexual or is our political system and are its bipartisan leadership and mainstream media support cohort more pornographic than sex, any kind of sex could ever be?

As an artist I abhor borders and censorship of any kind. And I believe in free speech, absolutely. But then am I too responsible for the consequences when art is taken to extremes? Even if I’m not one of those who produce it or even one of those who enjoys it. How fair is it for me to rant and rile about the consequences? Should anyone be held responsible and if so, whom? How wide ought that terrible net be cast? Is it decent to merely hide behind comforting hypocrisy?

Are we all nattering nabobs of negativity?