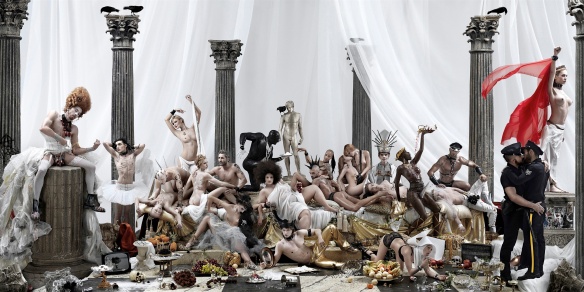 An article in RT (ironically, today pretty much the most reliable source for information on current events in the United States), observes: “2nd woman accuses Kavanaugh of sex abuse, urges FBI to probe 35yo ‘drunken dorm party’ incident”. All out political warfare now knows no bounds. Unprovable allegations are much more effective than evidence. After all, it’s undeniable that they might well be true, especially in areas of alleged sexual abuse where there are usually either no non-party witnesses or all the witnesses suffer Clintonesque memory lapses, and where experience has taught many women that justice is at best illusive and at worst impossible to attain. Rocks and hard places rule. But solutions, well, they appear relevant only during instants where relevancy becomes irrelevant and only political consequences matter.

Brett Kavanaugh, amoral sexual predator or lynch mob victim? As noted in a recently posted article , “If Judge Kavanaugh is indeed guilty of the conduct alleged, is his denial of culpability more indicative of unfitness for judicial office than the actions of which he is accused? And if he’s not, what does that say of his accusers, especially those who are merely political opportunists?”

And his accusers, a list now growing in both quantity and severity but equally lacking in evidence. Are they victims entitled to some semblance of justice or the very worst among us? Images of early colonial Salem come to mind but this time the “victims” are starkly different; … payback perhaps a metaphorical bitch (pardon the inappropriate pun).

The only thing that seems clear is that hypocrisy is rampant in both political parties. Brilliantly orchestrated in the Democratic Party with a major assist from the MSM and ineptly handled by the GOP thanks to selective filtering (again by the MSM), but rampant just the same. Moralist Republicans face serious allegations of sexual misconduct, albeit long ago, and purported women’s advocate Democrats ignore current allegations against their own. Sexual conduct rather than policies have become the focus of electoral politics. The successful Alabama 2018 Senate electoral tactics, faux morality über alles, have become the norm, no post electoral follow through seeming relevant.

The sexual revolution of the post-sixties era, for good or ill, has been repudiated, Puritanism, formerly the “playground of the right has become the only effective tactic of the faux left, free to ignore its own problems, the utterly unreliable and conflicted MSM the overseer. Allegations are sufficient to tear down anyone as long as the MSM provides a helping hand, due process is irrelevant (although that has all too frequently been true, just that the “victims” have changed, now expanded beyond the traditional black male stereotype). A just and equitable peaceful future, with economic equity and racial and gender harmony apparently seemingly less attainable than ever.

Not that there aren’t solutions and alternatives from both the collectivist left and the individualist right, it’s just that collectively and individually, we are all too easy to manipulate with emotional triggers, fake issues like abortion that’s not going to disappear and gun “rights” that are unlikely to change, and of course, hypocritical appeals to prurience. When will Americans realize that both major parties have become horrible, corrupt and power mad, truth and decency utterly irrelevant?

While the problem is not unique to the United States, we are a leader in the development of aberrant political tactics and paraphrasing an old saying about the French, when the United States sneezes, the whole “Western” world catches cold. That is certainly true in Colombia and much of Latin America. From a city in the sky in the central range of the Colombian Andes, the author looks out of his windows at the amazing topography and ponders how much happier nature might be without us.

So, is the West really decadent? Again, the imagery seems to be:

“Somewhere, a spirit that was once George Orwell listens distractedly to a thin green woman (who was once a wicked witch) declaim, “what a world, what a world” as, in a strange parody of Prometheus, she, endlessly melts.” 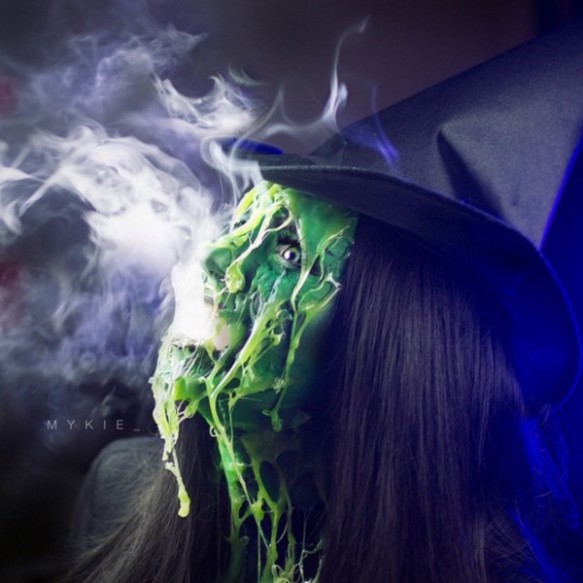