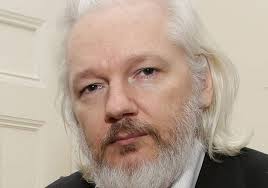 Several meaningful articles have been recently published making it obvious how futile the electoral options presented in tomorrow’s United States elections are for real progressives, progressives enlightened enough to be honest with themselves. Among them are “Scum vs. Scum” in Truthdig by Chris Hedges and “If US Politics Were Real, A Massive Blue Wave Would Be 100% Certain” by Caitlin Johnstone on her blog and in many other sites. Their articles are a bit depressing if all too accurate but I believe there is something we can do to make a real difference if we are finally willing to stop wasting our votes.

It’s true. Our manipulated electoral system has once again deprived us of meaningful electoral options. In many, many, perhaps most of the races in the United States tomorrow, third party candidates have been prevented from appearing on the ballot, frequently by Democratic or Republican Party manipulation of the electoral system. But there is a way we can make meaningful use of this opportunity.

Real progressives can turn this to their benefit by rejecting the candidates proffered and making this faux election an opportunity to highlight the ludicrous and unjustifiable treatment of the world’s most prominent journalist, Julian Assange.

He is obviously not eligible for election to anything in the United States but writing his name in makes several points. First, a rejection of two party dictatorship, an affirmation that we will not be silenced, and second, that neither will Julian regardless of how gagged he finds himself.

Vote in favor of open and honest elections as well as in favor of real journalistic freedom.

Please consider sharing this plea on all media to which you have access.
_______