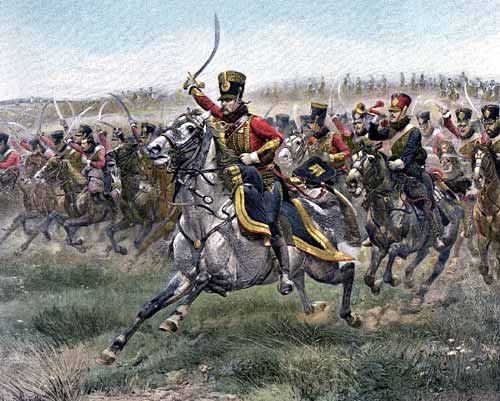 “Hard cases make bad law” is a popular observation in legal communities, frequently resolving short term problems without regard to long term consequences, the law of unintended consequences usually being the victor.  For good or ill, the doctrine of parliamentary supremacy in the United Kingdom may be coming to an end, at least the process in that direction seems to have commenced with the decision of the recently created British Supreme Court to overrule the decision of the Prime Minister and the Queen to abrogate parliament[1].  On September 24, 2019 the United Kingdom may have taken an important step in the path towards joining the growing tendency towards judicial supremacy started more than two centuries ago by John Marshall in the case of Marbury v Madison, 5 U.S. 137 (1803).

The logical validity of the Marbury decision has always been questionable but rarely questioned, at least since conclusion of the United States Civil War, an exception perhaps being this author’s article (in Spanish) for the Universidad de Caldas in the Republic of Colombia published on November 18, 2017 on the Medium and entitled “Sobre el control y la revisión constitucional: Un análisis comparativo centrado en las Repúblicas de Colombia y los Estados Unidos de América”.  That university is quickly becoming an important forum for discussions concerning comparative constitutional law, especially with reference to comparisons and contrasts between the United States and Colombian constitutions and the judicial systems each spawned.  During July of 2019, Richard Albert, LL.M, William Stamps Farish Professor in Law at the University of Texas at Austin, participated at a forum there on constitutional law in which he discussed “how courts become supreme”, introducing themes highly relevant to the current situation in the United Kingdom.  In that forum, Professor Albert discussed his thesis that absolute power vests in a judicial system when it acquires, not only the power of judicial review and constitutional control but also the power to declare constitutional amendments void, either by specific constitutional provisions or through jurisprudential usurpation.

Like Thomas Jefferson’s cousin and political enemy, John Marshall, the justices of the United Kingdom’s recently organized Supreme Court[2] may have found the opportunity to usurp the role of constitutional control irresistible, despite being specifically prohibited by the legislation creating it from overturning parliamentary actions[3].  That prohibition has been based on the doctrine of parliamentary supremacy which resulted from William of Orange’s successful coup d’état against the Stuart monarchs in 1688[4], to wit, the Glorious Revolution of 1688.  So, perhaps, the Glorious Revolution of 1688 is finally coming to an unsuccessful end.  It’s been a long battle and both protagonists (the Crown and Parliament) may have lost to an unexpected upstart, the newly energized British judiciary.  Only time will tell, but at the least, it’s a start.  One wonders how Bonnie Prince Charlie would feel about this development, were he still among us.

While the purportedly “mainstream” media seems oblivious to the foregoing in its unfettered joy at being able to pillory Boris Johnson and promote the repudiation of the Brexit referendum, George Galloway’s article in non-mainstream RT published on September 25, 2019 and encaptioned “God Save Our Queen: Elizabeth R dragged into the Brexit Imbroglio” is exactly on point, noting:

The seismic re-writing of an un-written constitution by 11 unelected unremovable justices over the prorogation of parliament effectively abolishes the Royal Prerogative exercised by British Prime Ministers for centuries. It begins the unravelling of the notion that the PM and the Government represent the “Queen-in-Parliament” and on matters in which parliament itself does not preclude them, can exercise executive authority. From now on, many, maybe most things, will be ultimately decided not in parliament by elected MPs but in courts by unelected judges. Judicial Review just went nuclear.

In an age when truth has become politically irrelevant and polarization the rule, at least in the English speaking world (especially when it comes to the amorphous concept of democracy), the parliamentary opponents of the result of the British referendum on withdrawing from the European Union, bolstered by their neoliberal allies worldwide, purportedly in the name of the democracy which in this instance they appear to disdain, have won a judicial victory against the current British Prime Minister, but may have lost a war they perhaps do not yet realize exists, a war between the newly organized independent British judiciary and the Parliament, not just the Prime Minister and the Queen.  Without regard as to whether or not the Brexit referendum was decided in the best interests of the British people, precedent for judicial supremacy in the United Kingdom may now have been established and as in the case of Marbury v Madison, is unlikely to be reviewed as the branch of government most negatively affected by the decision in the long term has carried the day, and for now, the day was all that mattered.

The British Supreme Court may not yet be supreme in the sense that concept is described by Professor Albert, but it may well be on its way, … for good or ill.
_______

[2] The Supreme Court of the United Kingdom came into effect on October 1, 2019, assuming the role previously held by the 12 Law Lords of the House of Lords, who became its first justices but concurrently lost their right to participate in House of Lord debates.

[3] Until now, as reflected in the Supreme Court of the United Kingdom’s own blog in answer to whether or not the Court had the authority to overturn acts of Parliament, the answer was “No it cannot. Unlike some Supreme Courts in other parts of the world, the UK Supreme Court does not have the power to ‘strike down’ legislation passed by the UK Parliament. It is not the Court’s role to formulate public policy, but to interpret law and develop it where necessary, through well-established processes and methods of reasoning.”  However, there was always confusion on point given applicable European Union legislation requiring supremacy for decisions implementing the Human Rights Act which “empowers” courts of European Union member states to “read” legislation in such a way as to give effect to the European Convention on Human Rights.  Indeed, Article 46 of the European Convention on Human Rights requires governments of member states to “abide by” final decisions of the European Court of Human Rights, perhaps one of the reasons that the so called Brexit referendum was decided in favor of withdrawal from the European Union.  Still, until September 24, 2019, within the United Kingdom, Parliament was sovereign and supreme.

[4] Popularly albeit erroneously referred to as a popular revolution; it was instead an invasion orchestrated by Parliament.