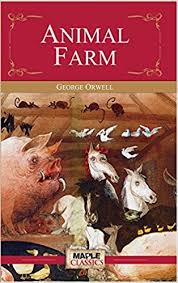 Jomo Kwame Sundaram of Kuala Lumpur published an article in the Consortium News today (July 13, 2020) entitled “Meritocracy Legitimizes & Deepens Inequality”.  As I read the article I kept hearing something strange in the background, something like echoes from the shadows, perhaps echoes of a ghost or of distant memories, echoes whispering about someone named “Harrison Bergeron”.  A male voice and a female voice, very faint as though very distant but at the same time all too close.  Then it seemed the female voice chuckled without mirth, whispering, “I told you sooooo” and the male voice replied, “I tried to tell them but they obviously didn’t listen”.  “I certainly know how that feels” the female voice seemed to reply.  Then the voices slowly faded away until only the Sound of Silence reigned in my overactive imagination.

After a while, intrigued, I checked good old sometimes reliable Wikipedia to see if there was anyone named Harrison Bergeron mentioned who might ring a bell.  The name seemed somewhat familiar and, lo and behold, perhaps some of the mystery was resolved.  Harrison Bergeron, or at least a Harrison Bergeron, was a character in a book by Kurt Vonnegut first published in The Magazine of Fantasy and Science Fiction, one I’d read many, many decades ago, one that had impacted me with its “handicapper general corps”, an organization dedicated to making sure everyone was equally unattractive and equally inept, for justice’s sake.  Once I realized that, I realized to whom the female voice I’d imagined belonged.  Obviously to Cassandra, daughter of Priam, late (very late) of Troy; Cassandra, someone with whom I identify more and more as I wrestle with the futility of believing I see clearly all the terrible things happening all over the world, things I write about only to see my writings reduced to “ether” by villainous Internet algorithms (thanks to Google, Facebook, et. al.).  Good old Kurt, perhaps out there somewhere among other shades, perhaps sharing a bottle of single malt Glenlivet (a spirit so it´s probably available there) with George Orwell while comparing the latter´s Animal Farm with the former’s Harrison Bergeron and commiserating, perhaps with Cassandra.  I wonder if my imaginings were interdimensional, inter-temporal resonances of some sort suggesting that, when my time on earth was done, I might visit with them for a while, perhaps an eternity or two.  That’d be something, … although, … I prefer Jameson or, in a pinch Bushmills.

The experience got me to thinking about how weird things have become, truth morphing from relative in a quantum sense to irrelevant in what passes for journalism; what has always seemed to pass for journalism, although, to be fair, some journalists must be honest and at least some of the time, even if only by happenstance, right as well.  I wondered if Vonnegut and Orwell ever ran into Pulitzer and Hearst on the other side of the veil and if so, how they’d get along.  Orwell at least was a contemporary of the villainous publishers so he might actually have known them and they him (not always the same).

According to Jomo, “meritocracy”, never attained, has apparently become passé.  Well, then again, “free speech” has morphed into “political correctness”.  I wonder if in the “penumbra” of the Bill of Rights there exists an antithesis to the judicially crafted right to privacy, a right not to hear anything that might prove offensive.  That actually makes some sense when one recalls that at one point, dueling was considered a legitimate and honest recourse.  I wonder if it will be brought back someday.  It might improve manners and decrease calumny (now become an art form).  But then again, dueling didn’t really help determine truth, it just clarified who was most lethal, kind of like the modern practice of law where neither justice nor law are really relevant, just politics and political connections.

Jomo’s article got me thinking though, thinking about the difference between “equality”, a major buzz word this season, and “equity”, a term that seems transcendent albeit perhaps too ephemeral.  There appears to be a substantial variance in opinions on point.  One explanation I found, without indicating who the author is, asserts that “[A]lthough both promote fairness, equality achieves this through treating everyone the same regardless of need, while equity achieves this through treating people differently dependent on need”.  Others assert that “equity” is subjective while “equality” is objective.  Almost as though “equity” were a crystalizing concept while “equality” was its calcified cousin.  I wonder where “egalitarianism” fits in.

“Jomo”.  I refer to him by his first name although neither one of us really has any idea who the other is, not as a sign of disrespect, but in an effort to attain some semblance of equality between us.  He is apparently a former economics professor, was a United Nations assistant secretary-general for economic development and received the Wassily Leontief Prize for Advancing the Frontiers of Economic Thought.  Equality would thus seem a step up for me without having to attain Jomo’s accomplishments which I certainly admire.  I’ve been a college professor and administrator, but “United Nations assistant secretary-general” and winner of a “Wassily Leontief Prize for Advancing the Frontiers of Economic Thought”, wow!  Those are achievements to admire, perhaps with a greenish tinge of envy.  I wonder how Vonnegut’s handicapper general would deal with our situation.  I wonder if Jomo’s ever read “Harrison Bergeron” and if he has, what he thought of it.  I confess, that book both perturbs and disturbs me.  But then again, so does inequality; so do injustice and inequity, so does racism and intolerance as does corruption and armed conflict, as does polarization.

How do we resolve our concerns with all of those frequently conflicting concepts in a world where truth is irrelevant and respect for opposing views anathema?  Where polarization and Identity Politics seem ascendant although most people one speaks to apparently disagree and at least claim to long for more civility.  Where the childish adage “I’m rubber you’re glue, your words bounce off me and stick to you” has become a powerful political tactic used whenever one has done something wrong and the best defense is to quickly blame your opponent of being guilty of that in which you engaged; where it has become a mainstay of the purported “mainstream” media, where its members regularly engage in reporting falsehoods as facts but accuse those who point that out as the ones responsible for “fake news”.  Where the quest for power trumps everything, justifies anything, and we are always asked to vote in favor of things in which we don’t believe and for candidates we neither like nor with whom we agree or trust because the alternatives are always much worse (although to many of us the differences are indiscernible).

I guess if we focus on the two major political parties in the United States today a weird sort of equality reigns.  They are both tools of a sociocultural phenomenon some of us refer to as the “Deep State”, an informal alliance of plutocrats and their tools dedicated to global economic dominance for a wealthy elite (neoliberalism) attained through interventionist military means (neoconservatism) and a perpetual state just short of all-out war, but with plenty of casualties, civilian as well as military.  And if anyone dares to win an election without the backing of that Deep State and declines, even slightly, to follow its dictates, well, we are all witnesses to what happens then.

Interesting that at the Battle of Yorktown, where the thirteen sovereign United States essentially won their independence, the British bands purportedly played “The World Turned Upside Down”, a song now appropriated by the cast of the revisionist but oh so popular Broadway play, “Hamilton”.  I wonder if those British pipers knew how prescient they were and if anyone wondered what Cassandra thought of the whole thing.  It seems that during the past five years a quote attributable to a character invented by Lyman Frank Baum  comes to mind as I close many of my articles: … a slender green woman dressed in black, drenched and melting, cries out in despair, “…what a world, what a world!!!!”

I wonder if Mr. Baum has run into Messrs. Orwell and Vonnegut or Priam’s little girl in that place infinitely far from both Kansas and Oz?  I wonder what Vonnegut’s handicapper general would do with Glinda and Elphaba.

Guillermo Calvo Mahé (a sometime poet) is a writer, political commentator and academic currently residing in the Republic of Colombia (although he has primarily lived in the United States of America of which he is also a citizen).  Until 2017 he chaired the political science, government and international relations programs at the Universidad Autónoma de Manizales.  He has academic degrees in political science (the Citadel), law (St. John’s University), international legal studies (New York University) and translation and linguistic studies (the University of Florida’s Center for Latin American Studies).  He can be contacted at guillermo.calvo.mahe@gmail.com and much of his writing is available through his blog at http://www.guillermocalvo.com.