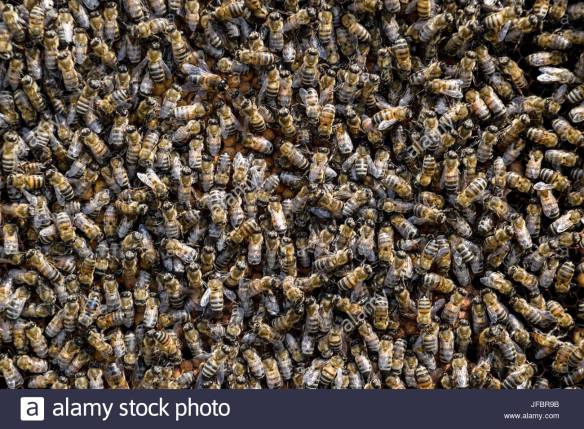 I’m a democratic socialist, like Albert Einstein and Noam Chomsky and many, many other very decent, very intelligent people.  Fundamentally that means that we recognize that both collective and individual interests are critically important but that when they conflict, the tension must be resolved in favor of the collective, what in Star Trek Spock expressed as “the needs of the many outweigh the needs of the few”.  Of course, on most social issues, individual rights predominate but on economic matters, economics being an inherently social concept, societal rights ought to prevail.

Still that is far, far different than the social regimentation that neoliberal philosophers are very close to imposing on us, the efficiency of the hive where millions of insects work without complaint for the benefit of their queens; a social regimentation now made frighteningly possible through the use of algorithms to control us, the ultimate merger of behaviorist psychology and technology.  It’s not the future that ought to frighten us but the present.  Led by the billionaires that control social as well as mass media, both political parties and the intelligence community, their will is being imposed on us with the silkily soft gloves of propaganda presented as entertainment and as news, and the filtering capacity of Facebook and Google and the rest of their ilk, media we thought would project our perspectives but which have instead already started to stifle them.

Totalitarian government is not descending on us from the right or from Donald Trump or from the Russians but rather from Hollywood and from Memphis, from Clinton – Obama Democrats and their masters disguised as liberals and progressives, much to our chagrin.  Through “Identity Politics” and the morphing of the middle class into “Despicables” and then, from Despicables into “Neo-Nazis” and “White Supremacists” and even “Pinko Russian Trolls”.  Us against them and then more us against them and finally us and us and us against them and them and them until we’re too confused about who we are and who they are to provide any meaningful opposition, and then, the joy of the hive.  A virtual hive of course with cells constructed of algorithms, yummy, yummy algorithms.

A million little brothers, pixels in Big Brother’s image typing away on their keyboards designing programs with more and more sophisticated algorithms to guide us on the happy roads to Hell.

Thank you Bill Gates and Larry Page and Sergey Brin and especially Mark Zuckerberg with kudos to Jeffrey Bezos too.  What would our world be like without you?  Our newly hatched Queen Bees, our new generation of gods.

I wonder if worker drones get any of the honey?