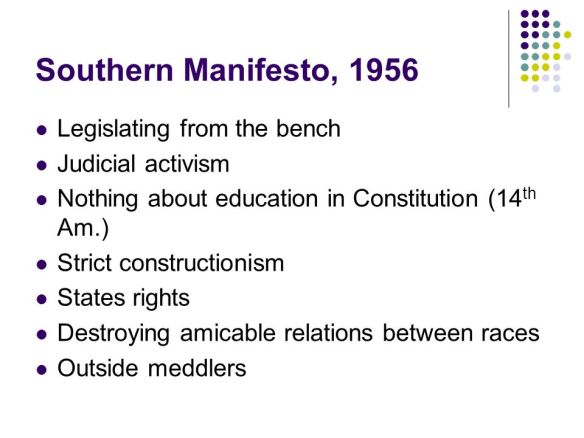 The initial part of the article cited at the end of this one cuts to the crux of the current Clinton – Obama orchestrated mass deception.  The nature and history of meddling in United States politics.

The term “meddling” implies undesired interference in the affairs of others which raises the question of “undesired by whom?”  It is not a legal offense, especially when the “meddling” involves dissemination of accurate information.  As illustrated above, “meddling” was the term used by Southern racists in the 1960’s when Northern liberals sought to bring to light immoral and frequently illegal actions against African American citizens.  It is the term child abusing parents and abusive husbands use to describe the neighbors who turn them in.  It is the term wrongdoers of every stripe favor to describe those who seek to stop their inappropriate or illegal activities.  It is thus absolutely appropriate as used in conjunction with Mr. Mueller’s politicized allegations.  But it implies absolutely no illegality.  The same is of course not true with respect to allegations of “identity theft” but identity theft, a crime, must not be confused with use of fictitious names or identities in a non-business setting, something under cover reporters use regularly and which has become normal in social media, where “screen names” are more than common.

In a globalized society “meddling” in the political affairs of states involved in human rights violations and other improprieties is not only appropriate, it is, to the extent one has the requisite means and knowledge, a moral imperative.  That is what the Nuremburg decisions following World War II purported to establish.  It is the foundation United States’ interventionist foreign policy purports to demand, although empirical evidence tends to show that a great deal of Western meddling for purported humanitarian purposes is no more than hypocrisy designed to serve the financial interests of the worst among us at the expense of the world’s most vulnerable.  The same may well be true of others, including Russians and the Chinese, but nothing in Mr. Mueller’s investigations to date show anything of the kind, other than, perhaps, a financial motive in providing social media platforms for others, and earning click related profits, but if that is a crime, then Facebook and Twitter and Google and New York Times and Washington Post and MSNBC and Fox News executives ought to be at the head of the indictment que.

That the same people who claim to champion the “liberal” causes apparently also championed by purported Russian “meddlers” are leading the anti-meddling chorus is much worse than merely ironic; it may be the most blatant example of hypocrisy ever and would-be progressives who have fallen for the ploy are major reasons why the social problems they claim they seek to resolve remain virulent.  That is why the Democratic Party rather that the GOP is the real obstacle to civic progress involving equality, equity and justice.  Republican policies may be wrong but it is not Republican policies that block the development and implementation of progressive policies; rather, it is the faux policies espoused by Clinton-Obama Democrats that block the path towards real solutions, which divide and polarize us so that we are too busy fighting ourselves to fight the juncture of neoliberal-neoconservative elites who control the purportedly mainstream media, the Deep State and the state of perpetual war that has proven oh so profitable.

The only progressive solution is to create a real progressive alternative to the GOP and that will not come from change-from-within Democratic Party advocates.  It will come when progressives vote ONLY for their own, whether as third party or independent but never Democratic Party candidates; when we vote for what WE believe rather than AGAINST what those who have so successfully manipulated us seek to make us fear and hate.

Something to think about before it really is too late.