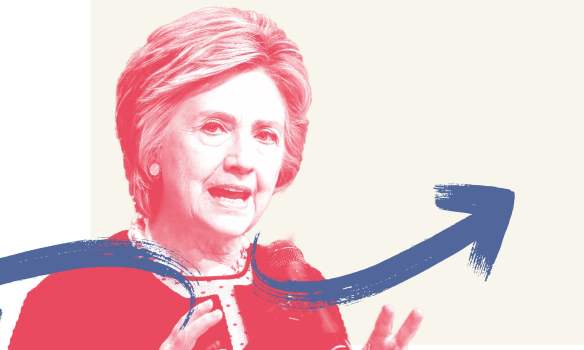 Is it fair to characterize a continuing willingness to be deceived as stupidity?

Probably not, at least on the basis of cognitive capacity measurements, but the consequences are not much different.  It’s a syndrome similar to that of women who accept continuous battery because they’ve been made to believe they deserve it.  Einstein might have characterized it as insanity, kind of like Jews voting for Nazi candidates or blacks voting for racists or immigrants voting for xenophobes, but the call to vote against greater evils keeps feeding us endless streams of evil elected representatives, albeit mixed with just enough bright eyed optimists with good intentions (but no real hope of making needed changes) to keep us deluded.  Perhaps Pete Seeger’s “Where Have all the Flowers Gone” deserves a new verse.

An article in The Guardian on November 24, 2018 inadvertently illustrates the point (“Hillary Clinton: Europe must curb immigration to stop rightwing populists”).  The article, somewhat softly but in context, courageously, portrays the latest post-election faux pa (i.e., inadvertent honesty) of the worst of the “faux liberal” lot, Hillary Clinton, the perpetually failed presidential candidate who insisted during the campaign that failure to accept the electoral results would be akin to treason, but not only did just that but persuaded millions of naïve progressives to join her in a campaign to oust the victor, even if it meant a potential hot war with Russia.

The article deals with her recent incongruous comments on informal foreign migration into Europe largely resulting from her horrible tenure as Secretary of State where her policies in Libya, Syria and Honduras, accepted by then President Obama, were responsible for a huge number, indeed for most of the refugees flooding Europe and the United States.  Apparently, being in Europe at the time, Ms. Clinton (or “The Hillary” as she is won’t to style herself in her imagination) didn’t realize the news might reach pro-immigration voters in the United States, but the 2018 elections are already (mostly) over and 2020 is a pretty long time away so Latino voters probably won’t remember the faux pa anyway.  And who knows, maybe there’ll be electoral opportunities from befuddled right wing voters now in Europe but who may be in the United States by then.  The purportedly “mainstream media” in which the Guardian plays a prominent role, usually chooses to focus on criticism of those who have to deal with the residue of the Clinton – Obama disasters rather than on the Teflon couple, but “exceptions prove the rule” (or do they, I admit that I’ve never understood that concept).

Some poor reporter (none was named in the article) may soon have Hell to pay for his or her blundering honesty, … for somehow having forgotten the current political rules of combat, shame-free deception and hypocrisy through … yes, … “fake news”.  Donald Trump is not always wrong.

Guillermo Calvo Mahé (a sometime poet) is a writer, political commentator and academic currently residing in the Republic of Colombia although he has primarily lived in the United States of America (of which he is a citizen).  Until recently he chaired the political science, government and international relations programs at the Universidad Autónoma de Manizales.  He has academic degrees in political science (the Citadel), law (St. John’s University), international legal studies (New York University) and translation studies (the University of Florida’s Center for Latin American Studies).  He can be contacted at guillermo.calvo.mahe@gmail.com and much of his writing is available through his blog at http://www.guillermocalvo.com.  Diana Marcela Cardenas Garcia is a Colombian social communicator and journalist who collaborates with Dr. Calvo on diverse civic, social and political projects.