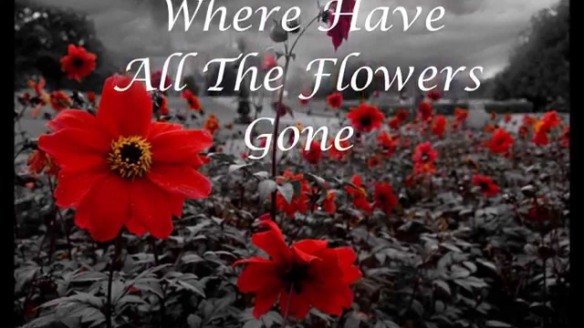 “Identity Politics”, “Russiagate”, evidence free public trials akin to lynchings, an endless crescendo of hate filled diatribes against political opponents orchestrated as purported journalism. Is it accidental incoherence or coordinated malevolence? Hypocrisy is the great facilitator. Take the current case of the governorship in the Commonwealth of Virginia as an example involving only Democratic Party participants which ought thus to be free of partisan interests.

The recently elected Democratic governor, Ralph Northam, is the subject of a hysterical campaign to depose him and replace him with his Afro-American lieutenant governor on the basis of a photograph in his 1984 medical school yearbook showing him in a “blackface” costume placed next to a picture of someone dressed in a Ku Klux Klan robe. The governor has denied that he is the person in the picture, although admitting that during his academic career he did wear makeup designed to make him appear black in emulation of the late pop star (and consistently accused child molester) Michael Jackson, purportedly part of a dance contest. The entire situation is evidence free and to date, no media investigation of the underlying facts has been undertaken, just hysteria somewhat gleefully egged on by Republicans anxious to emphasize that, historically at least, Democrats have been the more obvious racists (history apparently ending with the election of Richard Nixon as president). Democrats, who since such historical paradigm shift have enjoyed a virtual monopoly of black voter support which they somehow retain despite consistent betrayals of black aspirations, especially by their beloved former president Bill Clinton (think criminal reforms that primarily resulted in the imprisonment of black men and welfare reform that in essence destroyed the black nuclear family), see this as an opportunity to reassure black voters that they have their interests at heart, at least symbolically, the governor providing a convenient scapegoat, a human sacrifice for the cause.

Unfortunately, at least assuming that truth, consistency and logic have any relevance (they apparently do not), the African American lieutenant governor who would ascend triumphantly, albeit not electorally (not to worry, coups will do just fine at the state as well as the federal or international levels), presents Democrats with a bit of a problem among the second great pillar of the Democratic Party’s electorate, feminists, especially given the recently orchestrated hysteria involved in the campaign to derail the nomination of now Supreme Court Justice Brett Kavanaugh and the apparently fraudulent campaign to defeat Alabama GOP Senate nominee Roy Moore. It seems the handsome young up and comer, Justin Fairfax, has been accused of a sexual assault during the 2004 Democratic National Convention by a fellow Stanford University colleague, not exactly bastions of GOP support. “But” declaims Mr. Fairfax, those “trumped” up charges are uncorroborated, fifteen years old and I unequivocally deny them!” Sound familiar? Interesting and not all that different from the position of some of the governor’s defenders concerning the current irrelevancy of 35 year old unproven conduct. Or from that in Judge Kavanaugh’s case, except that there, the allegations were much older, thoroughly investigated in a very public manner, and found without any contemporary or subsequent support, and that the mainstream media is eerily understanding in the Fairfax variant. Even more eerie of course is the feminist response. Relativity theory applied to truth and veracity, with, of course, a strong seasoning of hypocrisy.

Hypocrisy is such a potent tool, especially when wielded by the monolithic, purportedly “mainstream”, media, one so few of us trust but which just the same, through behaviorally tailored 24/7 assaults on our cognitive capacities, manages to impact how we act and what we believe. Kind of like what happens when love becomes perverted and manipulated resulting in irrational, obsessive behavior without any possibility of a positive outcome.

The incoherence directed at us by the “mainstream” media is obvious:

• When candidate Trump refused to swear, in advance, that he would accept the results of the 2016 presidential election as valid, he was described as a traitor and his actions as treasonous; candidate Clinton duly swore she would. The results, complete hypocrisy and Russiagate, consequences be damned.

• The horrors of meddling in other countries’ internal affairs, even if only by exposing the truth, intolerable in a democracy (how weird is that, what ever happened to freedom of expression for all), at least when we are the ones impacted; but overthrowing duly elected governments in Venezuela, or in Brazil, or in Paraguay, or in Honduras, … just fine.

• Misuse of donations in private foundations and related influence peddling, just fine if it’s the Clintons involved, not quite the same when there are paltry allegations of inept mismanagement involving the Trumps’.

• States’ rights and abuse of the judiciary for political purposes, fine, as long as it benefits your political party, anathema otherwise.

But, is it merely incoherence or something much worse, Machiavellian malevolence based on an utter disregard for our welfare and complete disrespect for our abilities to perceive the truth, regardless of how blatant the lies.