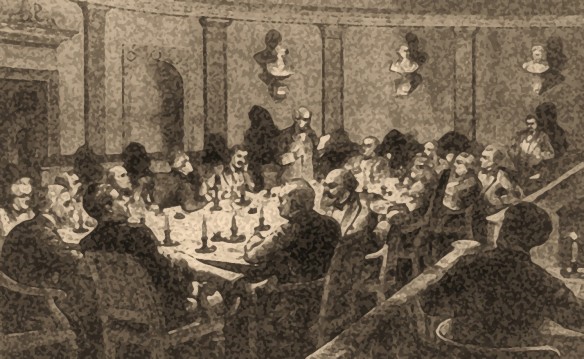 The politics of 2020 in the United States reverberates of the politics of 1876, the first American centennial (if one equates the United States with America, clearly a mistake). Two years earlier, the Democratic Party, all too similar to today’s Democratic Party, had seized control of the House of Representatives in the face of a Republican led Senate and presidency and was hell bent on finally again regaining the executive branch, in pursuit of which it engaged in endless hearings seeking to unearth corruption. Not all that difficult during the Grant administration, but then again, the Democrats were just as corrupt.

The presidential election that year was the most corrupt ever, not at the polls but in the certification of the votes. The GOP lost but, still militarily occupying a number of Southern States, so fudged the results that an extraconstitutional commission (think Deep State of its time) comprised of legislators and members of the judiciary was called upon to decide the election because the Electoral College could not determine its membership given conflicting certifications from three or four states. If the Electoral College cannot reach a decision the Constitution, as it does today, required that the president be elected in a convoluted fashion by the House and the vice president by the Senate, but, the Constitution be damned (as is usually the case), and the Deep State of the era deprived the Democrat controlled House of its role. Of course, the Commission only ratified deals already made, the losing candidate, Rutherford be Hayes, assumed the presidency but the Reconstructionist occupation of the South was ended, much to the dismay of the black population resident therein.

As always, the “Grey Lady” (i.e., the New York Times), then somewhat younger and more pink than grey was spewing propaganda and lies in lieu of news (albeit at that time in favor of Republicans) and was the most important tool in orchestrating the greatest theft in “American” political history. As it is today. Kind of surprising that after 144 years we are still stuck with choosing among lesser evils rom the same two political parties, but then again, the Grey Lady is still around to confound and confuse us.

Gore Vidal, one of my favorite authors (damn him for daring to die before his time) captured the spirit of the times in his novel, 1876, a time echoing all too loudly today. It’s worth the read form many, many reasons.

It is the curse of our times that neither news nor history accurately portray reality, but fortunately, at times, historical fiction does, and does so not only more accurately but in a vastly more entertaining and enlightening fashion. Certainly so when Gore Vidal is the medium through whom we are privileged to receive it.

1876 is certainly worth reading and reading now when it may perhaps help in understanding the muddled times in which we live.

Guillermo Calvo Mahé (a sometime poet) is a writer, political commentator and academic currently residing in the Republic of Colombia (although he has primarily lived in the United States of America of which he is also a citizen). Until 2017 he chaired the political science, government and international relations programs at the Universidad Autónoma de Manizales. He has academic degrees in political science (the Citadel), law (St. John’s University), international legal studies (New York University) and translation and linguistic studies (the University of Florida’s Center for Latin American Studies). He can be contacted at guillermo.calvo.mahe@gmail.com and much of his writing is available through his blog at http://www.guillermocalvo.com.