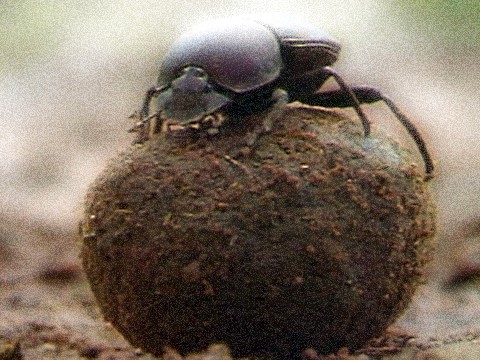 We are again in the midst of a manufactured existential crisis premised on real existential issues but distorted and tortured for political fun and profit. Racism and police misconduct are real issues, but the underlying responsibility for the problems are ignored, they are politically inconvenient. Better to blame the Confederacy and its surviving statuary than the Clinton – Biden criminal justice and welfare reforms of the 1990’s that led to the United States having by far the world’s largest incarcerated population and to the destruction of the black family structure, both of which are primary reasons for the disproportionate percentage of criminal activity committed by black males, as well as for the disproportionate percentage of black males killed by police officers.

As is the case with criminal conduct by members of the armed forces, the fault in the current debate concerning police misconduct lies squarely on the backs of the civilian political leadership that has, among many other factors, elected to train them using Israeli occupation tactics. Such tactics have led to the racist Zionist conclusion that Palestinian lives do not matter (“never again” apparently has a very limited context) and translated into the American context, concludes that the lives of anyone who might be engaged in criminal activities, black, white, Hispanic, Asian, etc., do not matter. That in turn has morphed into the slogan de jure, “Black Lives Matter” and to calls to defund or eliminate police departments, and to worldwide protests availed of by the worst among us as opportunities to engage in arson and looting and murder and mayhem. Interesting cycle from a socio- psychological academic perspective but not a productive way of life for any of us.

As in the case of the military, focusing on the rotten apples in the front lines and then generalizing their conduct is as unfair to the service members and police officers who are trained to implement inappropriate tactics as it is to their victims. While the police officers charged with the crimes are essentially crucified, the politicians responsible happily hammer in the nails, drenched in crocodile tears disguised as victims’ blood. Check out the smiles on the faces of Hillary Clinton and Joe Biden followed quickly when the cameras focus into expressions of deep sorrow and disappointment.

Psychopaths do not belong in the armed forces, whether military or police, and criminal actions need to be severely punished, but those most profoundly responsible, politicians, bureaucrats and their advisers, those most responsible for the policies and training that inevitably lead to states of mind fertile for racism and xenophobia need to be held accountable and punished most of all: and that ain’t happening! It ain’t happening because they are protected by their MSM buddies who on a hysterical and hyperbolic 24/7 basis shift the entire blame, not just to the rotten apples directly involved, but to the entire group of men and women in the front lines, those whose lives are placed in harm’s way on a daily basis. Incongruously, uninvolved political opponents are also blamed for the problem (almost all incidents involve cities and states controlled for decades by the Democratic Party but it is the obnoxious and unpleasant Mr. Trump and his GOP cronies who are attacked). The real villains, the MSM and the putrid politicians it protects divert attention from their responsibility, instead, successfully making political hay of the tragedies by assisting in the organization of misdirected massive protests designed to provoke reactive police violence through violent misconduct in the form of looting and arson, thus successfully escaping both scrutiny and responsibility as well as electoral consequences. “All’s well that ends well, at least for us” seems to be their moto.

How dumb are we?

It is way past time for a change, for a real “never again” moment, but a serious one this time, one that educates us in terms of empathy, equity, justice and the “golden” rule, and that requires us, as a People, to reject, not the police or the members of our armed forces in general, but our despicable politicians and the faux journalists who keep them in office.
_______

Guillermo Calvo Mahé (a sometime poet) is a writer, political commentator and academic currently residing in the Republic of Colombia (although he has primarily lived in the United States of America of which he is also a citizen). Until 2017 he chaired the political science, government and international relations programs at the Universidad Autónoma de Manizales. He has academic degrees in political science (the Citadel), law (St. John’s University), international legal studies (New York University) and translation and linguistic studies (the University of Florida’s Center for Latin American Studies). He can be contacted at guillermo.calvo.mahe@gmail.com and much of his writing is available through his blog at http://www.guillermocalvo.com.